Have you ever been in warm, comfortable bed on a cold Sunday morning? Maybe it was raining or snowing outside. You might have even been able to hear the wind blowing the tree branches against side of your house or apartment. Have you ever felt that you never wanted to get up or that you just wanted to stay in bed forever? Maybe at times like these, you have thought to yourself from under your warm bed covers, “Wouldn’t it be nice to get paid to stay in bed?”

If you have ever felt like this, you are in luck. NASA’s “Bed Rest Study” will pay you to stay in bed for anywhere between 97 and 105 days. The information NASA collects, about the physiological effects on the human body from limited movement, will help NASA prepare for future space missions to Mars and the asteroids. This study might be the only time that a person will be able to help future astronauts survive the trip to Mars by simply not getting out of bed.

Officially named, “CFT 70 Countermeasure and Functional Testing in Head-Down Tilt Bed Rest,” NASA intends to use the study to “show how much your body, tilted down slightly with head down and feet up, for 70 days, 24-hours a day, without getting out of bed, except for limited times for specific tests, is like an astronaut’s body during the weightlessness of spaceflight.”

CFT 70 is designed to help researchers study the changes the human body experiences while traveling weightlessly in space. The test is broken up into two groups. Both groups of participants will be required to stay in continuously stay in bed except for controlled experiments. Some test subjects will, however, be required to participate in exercise program. 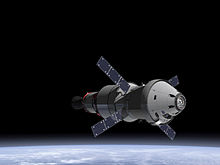 The NASA test documentation states, “If you are a subject who participates in the exercise program your exercise training during bed rest will be conducted in the lying down position on specially designed exercise equipment. Your aerobic exercise will use a treadmill and cycle. Your resistance (weight lifting) exercise will use special weight machines. You will participate in a three-week pre-training program, where you will become familiar with the equipment and attend sessions to practice the exercises in the pre-bed rest phase.

According to the applicant documentation, NASA’s CFT 70 study will take between 97 to 105 days depending on whether or not you participate in the exercise program. If you decide to participate in the study, non-exercising subjects will be scheduled to spend about 97 days and exercising subjects will spend 105 days at the NASA’s Flight Analogs Research Unit (FARU) at the University of of Texas Medical Branch in Galveston, Texas.

During all phases of CFT 70, participants will take part in tests to evaluate bone, muscle, heart and circulatory systems, and nervous systems, as well as nutritional condition and the ability for participants to fight off infections.

NASA is looking for participants that resemble astronauts physical condition as much as possible. Study candidates will be required to pass the Modified Air Force Class III Physical. Th class 3 physical will be conducted by a medical doctor and include thorough examinations of vision and hearing, “a complete blood and urine analysis, an electrocardiogram, a drug and alcohol screening, and infectious disease screening.” Only healthy, physically fit candidates should apply.

What is the purpose of the test?

NASA is planning to send human to Mars. NASA needs to find out what effects such a trip will have on the human body. NASA has stated that it is “developing the capabilities needed to send humans to an asteroid by 2025 and Mars in the 2030s – goals outlined in the bipartisan NASA Authorization Act of 2010 and in the U.S. National Space Policy, also issued in 2010.”

NASA has also developed the Orion Multi-Purpose Crew Vehicle (MPCV). Orion is a spacecraft intended to carry a crew of up to four astronauts to destinations at or beyond low Earth orbit (LEO). Currently under development by NASA for launch on the Space Launch System, Orion is currently intended to facilitate human exploration of asteroids and of Mars, as well as to provide a means of delivering or retrieving crew or supplies from the ISS if needed. You can read more about the Orion spacecraft here.

Would you like to help astronauts get to Mars by staying in bed?

If you would like to be a participant and be paid to stay in bed, you can apply by visiting the NASA CFT 70 “Bed Rest Study” website.